• November 2019, “God, Data, and Michael Jordan: On the Border between Sport and Play,” with Vincent Biondo. American Academy of Religion, San Diego.

• October 2018, "Cognitive Science and the Humanities," Authoritative Texts and their Reception Conference, Trondheim.

• April 2017, “The Zohar’s new science of biblical exegesis,” Rhetoric and Linguistics in the Bible and the Qur'an, Norwegian Institute in Rome

• May 2016, “How not to study science and religion, consider life,” Life Sciences and Religion: Historical and Contemporary Perspectives International Workshop, Berlin.

• August 2015, “Can Fictional Superhuman Agents Have Mental States,” Conference for the International Association for the History of Religion, Erfurt.

• “Intimate Measures,” The Self and the Social Conference at the Institute of Philosophy of Language (IFL), New University of Lisbon, Portugal. March 2014.

• “Crashing and Burning in Ancient Love Magic: A comparison of Graeco-Roman and Jewish forms of love magic from a cognitive perspective” with Corby Kelly. Society of Biblical Literature Annual Conference. Baltimore, November 2013.

• “The implications of anomalous monism for intimate selves,” The Altered Self and Altered Self-Experience Conference, New University of Lisbon, Portugal. May 2013. 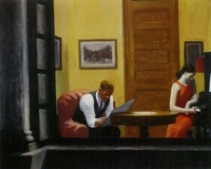